We help with logistics of finished rolls.

Discover possibilities of WINDER2 – the first slitter on the market
designed for controlling and Work Flow.

Efficient paper slitting at your fingertips.

Core cutting has never been so easy and effective.

An automatic core cutter CATER-A is a response to the increasing demand for production automation in companies. That is why our customers prefer this model over manual ones. With almost 1300 core cutters sold up to date and further 30 models in production JURMET is a European leading producer of this type of machines.
The origin of the product comes from early 1990’ when the local printing houses used to cut the cores with a wood saw, which generated a lot of dust. Therefore, it had to be done in separate rooms. JURMET wanted to propose something that would ensure a clean cut of the cores, so that such a device could be placed next to a slitter (slitters are JURMET’s main product). To reach this aim our engineers have developed a special knife that ensures a clean and dust-free cut. The first cutter produced in JURMET was a manual model CATER-M. To sell it, we bought an old van specially, packed it with a cutter, and as a demonstration, we cut cores in the car in front of customers and sold the cutters directly from that van as the cutting quality exceeded the customer expectations. 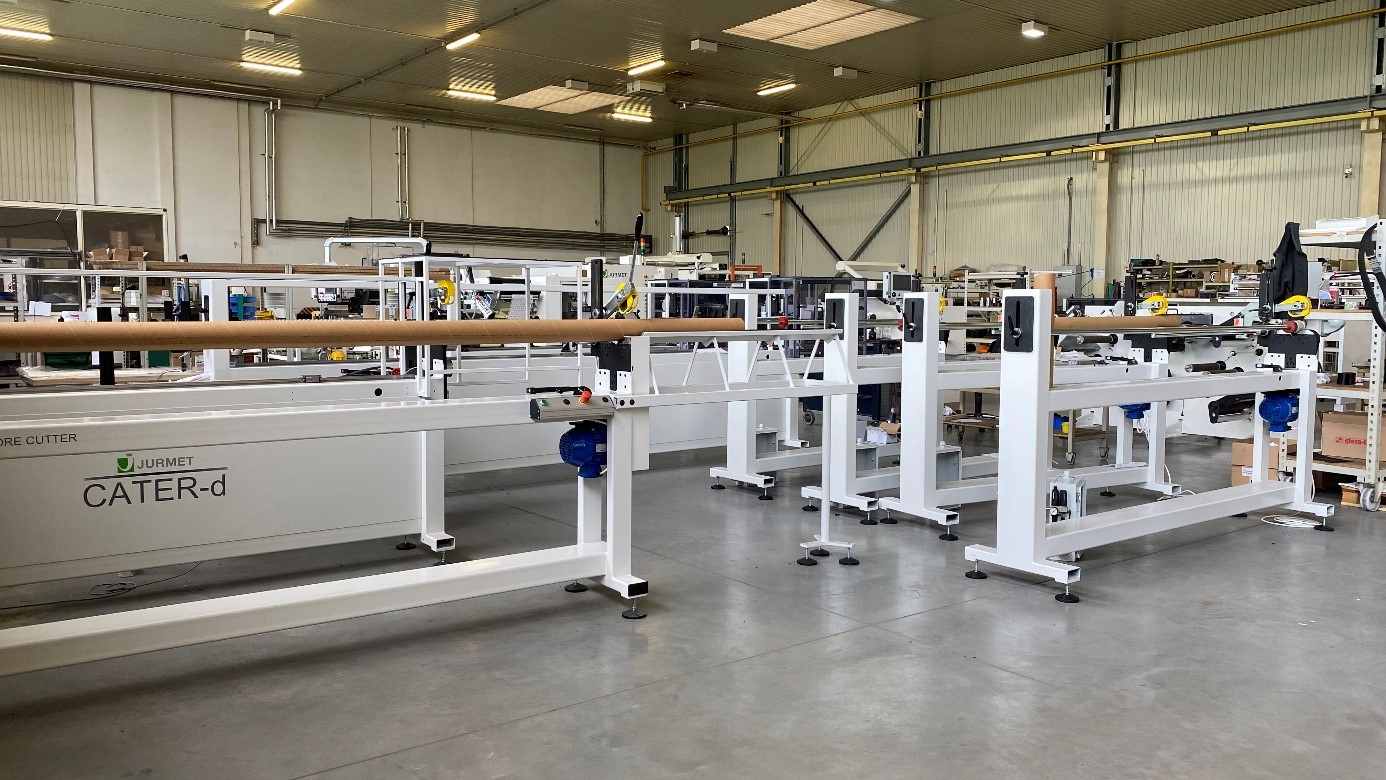 Then, to prevent the inconvenience of manual cutting, which was done with varying degrees of force depending on a person, JURMET engineers made an improvement and we came up with a semi-automatic model CATER-S. From that moment, it was enough to press 2 buttons so that the arm with the knife lowered itself, which ensured the same cut pressure. The local success encouraged us to internationalize the sale. An opportunity came with K-2001 fair in Dusseldorf, Germany where we presented one of our manual core cutters – CATER-M. 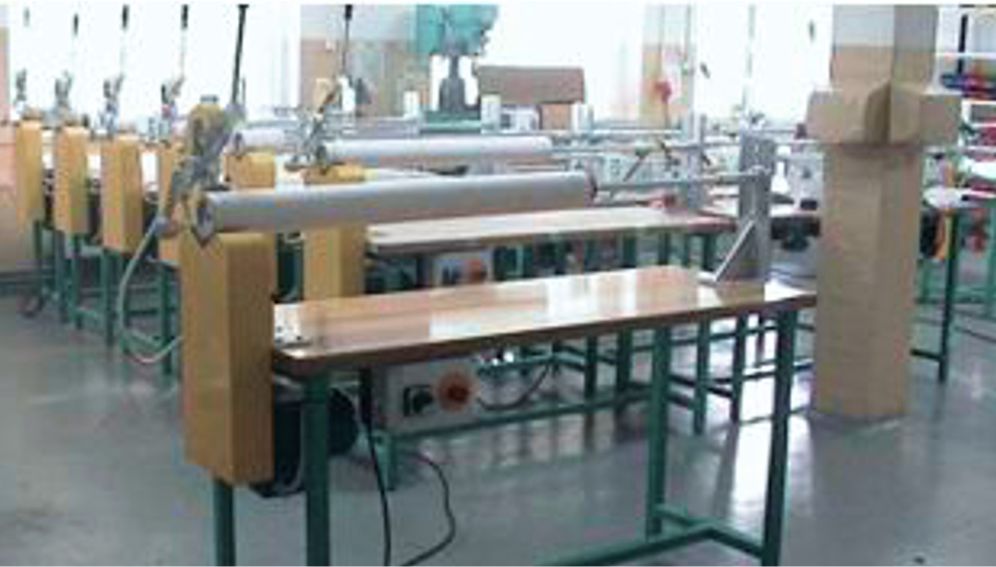 The results exceeded our expectations. The sales exploded all over the world including countries such as USA, Israel, or Hong-Kong.
Based on the success of manual models an automatic core cutter CATER-A was added to the portfolio in 2004.
Currently, we offer automatic models (CATER-d and CATER-A) in variants with and without a loading device. At present, it is the automatic models that are more often chosen by customers due to the automation process that takes place in many factories.
The CATER-A model allows loading cores into the magazine. The cores then fall on the feeder and are pulled down to the feeding part and then automatically pulled into the cutting part. Then the cutting process begins according to the program entered into the panel. The measured cores fall into the basket placed under the cutting section, whereas the unmeasured core falls into a separate basket.
During the upcoming K-2022 fair held in October 2022 in Düsseldorf, Germany, JURMET will present one of the latest models of core cutters at stand 3G55 (hall 3).